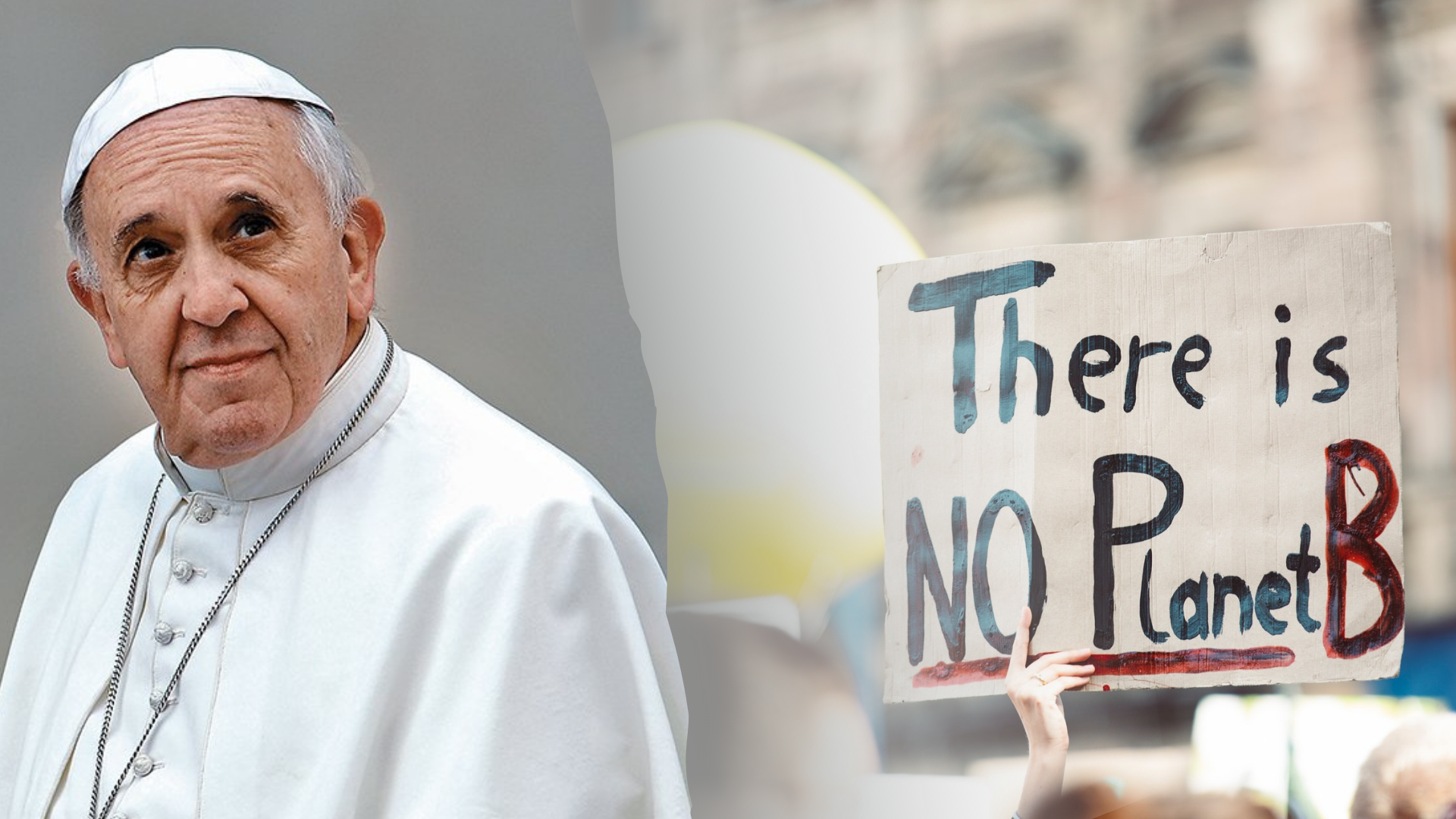 At COP26, Pope Francis calls for urgent and courageous actions from world leaders

Pope Francis warned world leaders gathered in Glasgow that if there is real political will, it is possible to tackle the climate crisis and emerge better off after the COVID-19 pandemic.

In his message sent to Alok Sharma, President of COP26, read by Card. Pietro Parolin, Vatican Secretary of State, who heads the delegation of the Holy See, Pope Francis said: “As the Glasgow Conference begins, all of us are aware that it has the vital task of demonstrating to the entire international community whether there really exists a political will to devote – with honesty, responsibility and courage – greater human, financial and technological resources to mitigating the negative effects of climate change and assisting the poorer and more vulnerable nations most affected by it.

“All too many of our brothers and sisters are suffering from this climate crisis. The lives of countless people, particularly those who are most vulnerable, have experienced its increasingly frequent and devastating effects. At the same time, we have come to realize that it also involves a crisis of children’s rights and that, in the near future, environmental migrants will be more numerous than refugees from war and conflicts.”

He therefore called on the leaders “to act, urgently, courageously and responsibly” if the goals written in the Paris Agreement are to be achieved in a coordinated and responsible manner: “Those goals are ambitious, and they can no longer be deferred. Today it is up to you to take the necessary decisions.”

His Holiness also spoke of the ecological debt. “Special care must likewise be shown for the most vulnerable peoples, in whose regard there is a growing ‘ecological debt’ related to commercial imbalances with environmental repercussions and to the disproportionate use of the natural resources of one’s own and of other countries. There is no denying this.”

Before concluding, he recalled the Holy See’s commitments made in December 2020, where it announced the adoption of a two-part net-zero emissions reduction strategy: the commitment of the Vatican City State to achieve this goal by 2050 and, at the same time, the commitment to promote education in integral ecology, aware that political, technical and operational measures must be combined with an educational process, especially among young people, in order to seek new lifestyles and foster a cultural model of development and sustainability centered on fraternity and the alliance between human beings and the natural environment.

COP26 is a decisive summit for global climate action and for limiting global warming to 1.5 degrees this century compared to pre-industrial levels.

In a separate message, given earlier on the BBC radio program “Thought for the Day,” Pope Francis recalled that “climate change and the COVID-19 pandemic have exposed our deep vulnerability and raised numerous doubts and concerns about our economic systems and the way we organize our societies.”

“We have lost our sense of security,” he warned, “and are experiencing a sense of powerlessness and loss of control over our lives. We find ourselves increasingly frail and even fearful, caught up in a succession of ‘crises’ in the areas of health care, the environment, food supplies, and the economy, to say nothing of social, humanitarian and ethical crises. All these crises are profoundly interconnected. They also forecast a ‘perfect storm’ that could rupture the bonds holding our society together within the greater gift of God’s creation.”

The Pope pointed out that “every crisis calls for vision, the ability to formulate plans and put them rapidly into action, to rethink the future of the world, our common home, and to reassess our common purpose.”

For Pope Francis, “Humanity has never before had at its disposal so many means for achieving this goal,” but he clarified that “each of us – whoever and wherever we may be – can play our own part in changing our collective response to the unprecedented threat of climate change and the degradation of our common home.”

‘It is important that COP26 provide a clear collective response’

Cardinal Pietro Parolin, Vatican Secretary of State, who heads the Holy See delegation in Glasgow, told Vatican News: “We have the means and resources for a change of course.”

He elaborated on the Vatican’s hopes for the vital climate summit. “It is the Holy See’s hope that COP26 will reaffirm the centrality of multilateralism and of action, also with regard to the so-called non-state actors.  Given the slow progress made so far, the Glasgow conference will prove quite important, for it will measure and motivate the collective will and the level of ambition of individual states.”

With the COVID-19 crisis, Cardinal Parolin believes that we are facing a “cultural challenge to promote the common good and a change of outlook that will set human dignity at the center of every action.”

“it is important that COP26 provide a clear collective response, not only in promoting efforts to mitigate and adapt to climate change on the part of all countries but also in helping the most vulnerable countries to confront the loss and damage that climate change caused.”

Cardinal Parolin acknowledged the difficulties in achieving the goals of the Paris Agreement, and affirmed that “a change of direction must involve everyone.”

Although “young people are the first to recognize this,” he said, “COP26 represents an important occasion for affirming concretely how we intend to accomplish precisely that.”