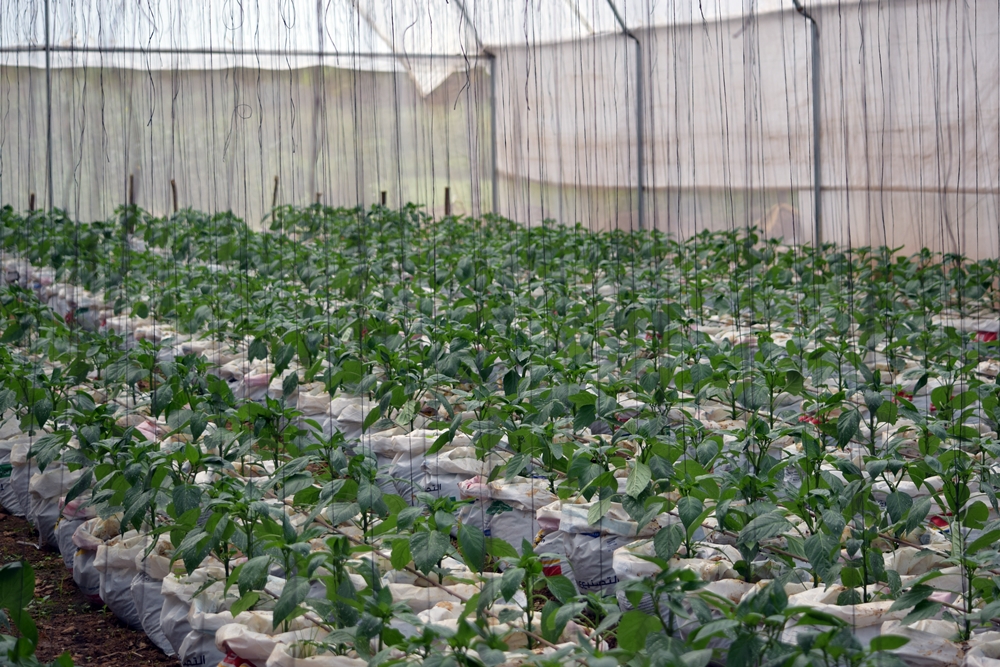 Investing in organic farming has crosscutting impacts on maintaining environmental benefits, increasing yields and reducing expenses on buying food while at the same time helping farmers to cope with the effects of climate change on agriculture and donating chances to the community to have access to the fresh foods products over a period of time.

Since January, 2022, Don Bosco Gatenga Organic Farming, a project funded by FONDAZIONE Don Bosco NEL MONDO (Roma-Italy), has been launched to provide an ecological response to the swamp in Gatenga community and to turn the swamp into a food basket for the young people enrolled at Don Bosco Gatenga TVET School, vulnerable children and their families as well as surrounding communities.

From January 2022 the project has benefited over 1000 people among them are students of Don Bosco Gatenga TVET School, young people who regularly participate in the oratory services, TVET instructors, employed farmers and the technical team, Salesians of Don Bosco working in the center and nearby vulnerable families.

Explicitly, with the current statistics, about 300 young people enrolled in Gatenga TVET School in the 2022 academic year have benefited from the project based food products while 10 vulnerable families have been employed in farming activities as 5 other professional staff of the planning and development Office have also been hired and are remunerated on a monthly basis, thanks to the existence of the project.

Three aspects of the project

Normally, the Don Bosco Gatenga Organic Farming Project is divided into 3 parts which include Greenhouse farming, Outdoor farming and small animals rearing such as chickens and rabbits.

Modern agriculture (seasonal) is practiced in green houses where three (3) greenhouses have been already established.

The traditional agriculture which is also called outdoor agriculture focuses on crops that are needed for the market while livestock breeding include the small animals such as CHICKEN and RABBITS.

According to Kwizera Emmanuel, the Agriculture Engineer who is in charge of the daily site follow up on the project implementation, “the confidence from this agriculture project is very high because we choose the crops based on the market demand, the way we do agriculture with major techniques also gives us confidence that it will be profitable in the long-run.”

“This project is of great importance to the community through access to the quality nutritional products and employment opportunities. For instance in agricultural related work, the money they get helps them solve their domestic needs.”

In its long-term sustainability, the project seeks to bring fresh vegetables to the market where thousands of local communities will be able to purchase the harvested vegetables from the selling point that will be established in the Gatenga area.

Practicing Agriculture without harming the environment

Also with the Gatenga project the FONDAZIONE DON BOSCO NEL MONDO as a funding Foundation adheres to the 2030 Agenda introduced by the Sustainable Development Goals for the protection of health, the climate and the environment and for the reduction of inequalities.

To complement this, an environment club made of over 70 students has been established to help in mobilizing other young people to become agents of the environment protection and fighting the effects of climate change which are some of the pillars of Don Bosco Gatenga Organic Farming project.

Father Ufitamahoro Servilien, the Salesian Provincial economer who is also the Director of the Planning and Development office, a branch that oversees the development and the implementation of the salesians projects, explained that in considering this project a technical study first looked at the overall impact it would have.

Father Ufitamahoro said that “Apart from the fact that agriculture will contribute to food security, especially by getting enough vegetables to feed students and poor families as well as the local market, we have also looked at the role of this project in protecting the aquatic ecosystem where we focused especially on the use of organic manure as it doesn’t cause harmful impacts on the biodiversity.”

He also added that “with the current changes in weather, the farming activities will not face severe impacts of climate change as a part of the project is developing greenhouse farming as a solution to climate changes.”

As planned, the project is set to serve as an educational hub that will provide technical agriculture training to the young people in Gatenga TVET School and also to serve as an organic farming knowledge transfer to the local farmers.

According to Eng. NSENGIYUMVA François, the Managing Director of KILIMO GENERAL BUSINESS LTD, a local farming company that is offering technical expertise in the implementation of the Gatenga Organic Farming Project, with the current assessment, this project is expected to leave a centre of excellence in organic farming, not only for the young people enrolled in Gatenga program but also for the knowledge exchange between farmers and the educational centre.

“While the students will be equipped with a broad knowledge about agriculture, they will contribute to solving the food problem in their communities by practicing what they will learn and at the same time providing for themselves because agriculture is a source of income.” Eng. Nsengiyumva added.

As part of the action plan, 3 Green Houses have been built where two will be planted with different types of vegetables regardless of the rainy or sunny seasons and another Green House will be used to teach farming techniques among the students where they will also get opportunity to put it into practice the acquired knowledge in the Gatenga’s marshland.

Speaking to the students during an introductory session, Eng. Nsengiyumva explained to the young people that Green House farming has a lot of benefits citing the example where each greenhouse has about 800 pepper trees with the expectation of harvesting 800 Kg per harvest time.

“As I am speaking to you now, 1Kg or red pepper or Yellow pepper costs Rwf 4,000. Imagine if we harvested 800 Kg from each GreenHouse! It means that each greenHouse can produce Rwf 3,200,000 per harvest and this is something that will last for a long period.” He said.

“We are not going to take away these Green Houses. They will remain productive while also serving as a training space for you.” Eng. Nsengiyumva told the members of the Environment Club at Don Bosco Gatenga TVET School.

Based on the market analysis, Gatenga sector is inhabited by over 50,000 people who are regularly attending the market in the corner of the city to buy vegetables and other food.

With this extended market, the project is an added opportunity for residents in Gatenga to buy the fresh food from Gatenga Organic farming project.

It is also planned that over 700 children attending the oratory services will be able to be fed from the cultivated items without spending a lot of money in purchasing food as was before. 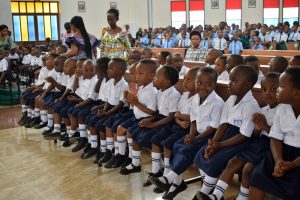 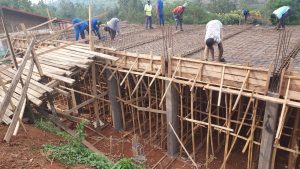 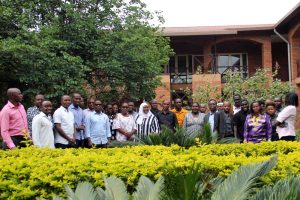 Why we need to shape the ProFuturo digital program sustainability now