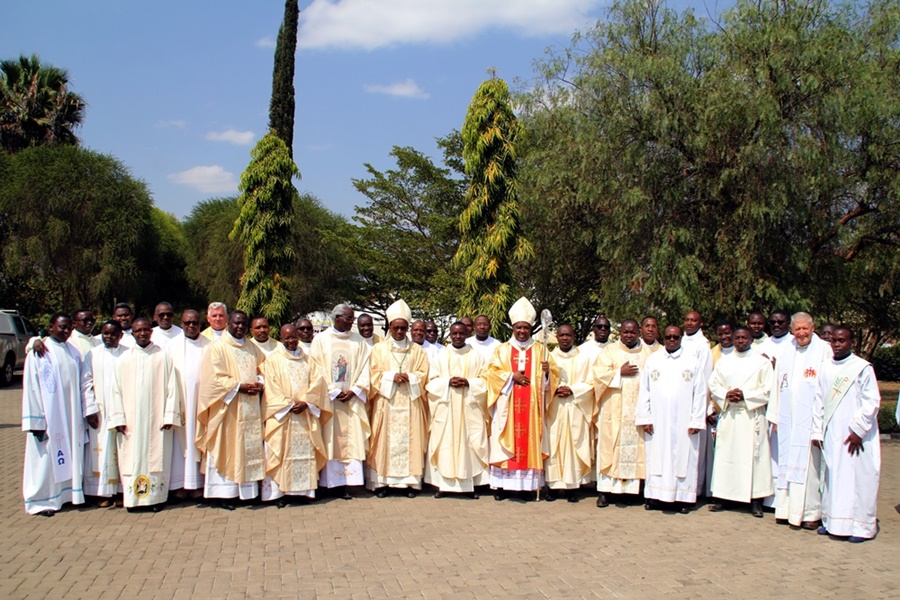 Father Pierre Celestin Ngoboka, the Provincial superior of the Africa of Great Lakes Province (AGL) has said that the year 2022 has been a great blessing for the AGL Province which is made of Rwanda, Uganda and Burundi.

He was speaking to the Christians who attended the Priestly Ordination of Deacon Jean Bosco Biziyaremye and Deacon Samuel Habumugisha, ordained Priests on Sunday, at Kimihurura Mary Help of Christians Parish Church.

The Priestly ordination was conferred by His Eminence Antoine Cardinal KAMBANDA, Archbishop of Kigali alongside with Msgr. Sinayobye Edouard, Bishop of Diocese of Cyangugu.

The ceremony was marked by joy accompanied by Church songs and traditional dances organized by children of Don Bosco Primary School (EPAK) as well as a music note of the Young Salesians in formation at Kabgayi Post novitiate.

Speaking at the event, Father Ngoboka said “this year, in this province of the Africa of Great Lakes (AGL), God has given us a great blessing through this gift of the Priesthood.”

Father Ngoboka explained that “This year in AGL Province which is made of Rwanda, Burundi and Uganda, God has given us six priests. The two have already been ordained to the Priesthood today, but four other deacons are awaiting for the ordination very soon.”

As scheduled on July 16th, 2022, Deacon Thierry Bashemezimana will be ordained to Priesthood in Burundi while three other deacons from Uganda namely Musagara Joseph, Kato Paul and Ayaku Jonathan will be ordained on 6th August 2022 near Kampala.

“After the ordination of above-mentioned deacons, the year 2022 will leave the Province of the Africa of Great Lakes with about 122 priests.” Father Ngoboka revealed. 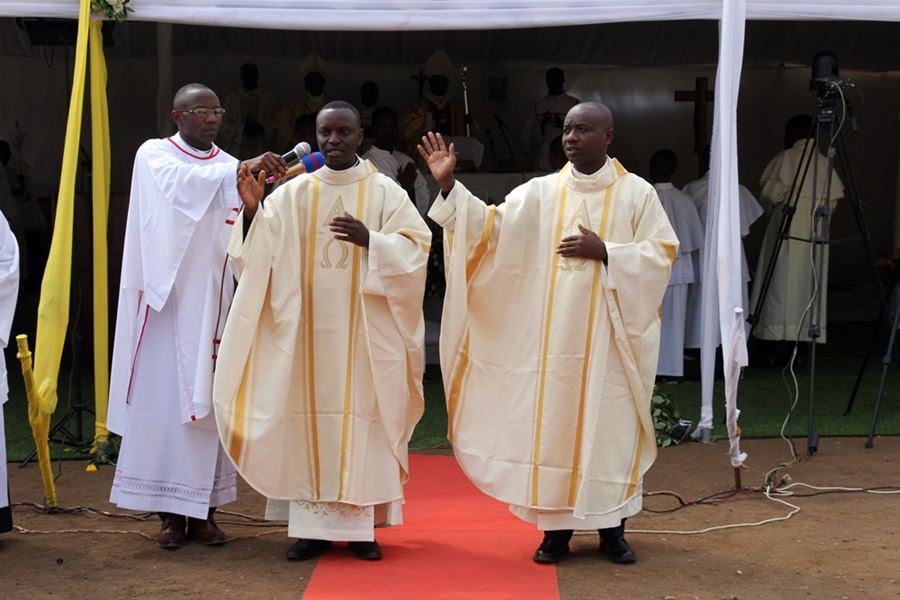 Explaining where the new priests would go to mission, he said that Father Samuel Habumugisha, the leaders of the Italian Seminary on the island of Sicily, had asked him to come and help them and that he would immediately return to Italy to continue the mission while his colleague Father Jean Bosco Biziyaremye will continue his missionary work in the Mary Help of Christians Parish of Kimihurura.

“Know that you are with Christ who has chosen you, Christ has sent you, saying, Do not be afraid about what you will say, for I am a minister to you, and do not be afraid, as he said to the prophet Jeremiah, “You are still young, for I am with you.” His Eminence Antoine Cardinal KAMBANDA told the newly ordained priests. 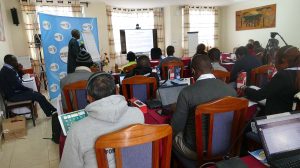 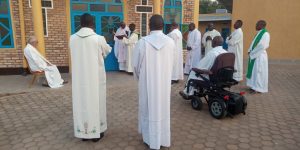